:::
Home Articles The conversation with Time and Encounter with Myself: A Retrospective view on Tung-Yen’s Artist Residency in Paris／Tung-Yen Chou
＃Column

The conversation with Time and Encounter with Myself: A Retrospective view on Tung-Yen’s Artist Residency in Paris／Tung-Yen Chou

It was 2008 when I went to the Cité Internationale des Arts in Paris. There were no smartphones, Google Maps, let alone Uber. I had to use a paper map to find my way and a simple digital camera in my backpack to record everything. At that time, Facebook was just a start-up business. We made acquaintances in a relatively traditional way. People would say hello while waiting for the elevator or gather together after someone announced their Open Studio.

Honestly, it has been so long since my artist residency in Paris that I can barely recall my memories from that time. When the Ministry of Culture asked me to write, "What influence has the artist residency in Paris had on my creations?", I was initially stumped. I could hardly put it into words because it is complicated to define what residency in Paris means to someone who is still trying to fight for the balance between creating, working, and living. I was afraid I could not avoid clichés in my essay and worried about not giving concrete advice or valuable experiences. However, after a second thought, I believe there is something worthy to share. After my artist residency in 2008, I returned to Paris from time to time to present my documentaries and interdisciplinary theatre performance. Every time, I felt I would bump into the younger me who was in the artist residency on some street corners. The main theme of this retrospective is not about how to negotiate with institutes, how to make connections with curators, or how to take chances to join art festivals in Europe. Instead, I wanted to discover what artist residency has left for me after 14 years. If you are about to embark on an artist residency journey or are in your twenties when you set off, you would probably have a read of my “clichés” story.

In my story, there are fragments among my daily life back then in Paris: irritating a friend by leaving him alone in the sudden pouring rain and rushing back to my studio; the bread I bought in a chain store at the street corner on my way to French class; the Japanese ladies in my French class, whose husbands were expatriates from Japan, their laughter and “pardon” in Japanese uttered while practising French; making a fool of myself when speaking inaccurate French; the friends I made in Paris and since then bumped into many years later in different cities. As I wrote this, I couldn’t help but think: were the romantic parts of the memories made up by the city or by me?

When I decided to apply for the artist residency, I had been working in Taiwan for three years since I received my MA degree in the UK. I was an assistant director of a feature film, and a video designer working with theatres, musicians, and dance companies. I had been working in various fields and touring different cities for three years. Even so, I hadn’t figured out what it meant to be a full-time artist. Probably because of my theatrical background, I usually do arts with a group of people. I hardly considered being a “solo artist” as an occupation. Back then, I just wanted to put my inspiration into art with the methods I knew or could imagine. Now I realize I was in a dilemma of “having an urge to create but having no idea how it could become a profession.” (Frankly speaking, I am still learning even now). Finally, after living an insanely busy freelancer life for more than three years, I knew I need a rest, a reset, and new inputs. Applying for artist residency then became an excellent option. Compared with friends of the same generation who usually applied for residency after 5-8 years of experience making art, I had this opportunity at quite an early phase.

I had six months for my residency at Cité Internationale des Arts. Except for taking a rest from my busy schedule, it was important to adjust my pace of life. I started to study French for the third time. I took a French class for the first time when I was in college because I longed to study in France. After that, I went to a language school in France during the summer break. (However, I was too young to cope with the life in France. So I decided to study in the UK instead.) After several years, on starting my artist residency in Paris I found myself learning French again. My class was non-exam-oriented. We practised daily life conversation, such as ordering meals or asking for directions. Starting from these conversations, I gradually completed the prototype of my first video, "Line 1". Since I had few filming resources, I found a person on the internet who had majored in architecture and asked him to be my cameraman. He had just completed his master’s degree. He used my simple camera to record the photoes of eating a baguette at every station of Metro Line 1 in Paris. Later, I edited these materials to a video called “Lost in Underworld,” which was invited to exhibit at MoCA Taipei. 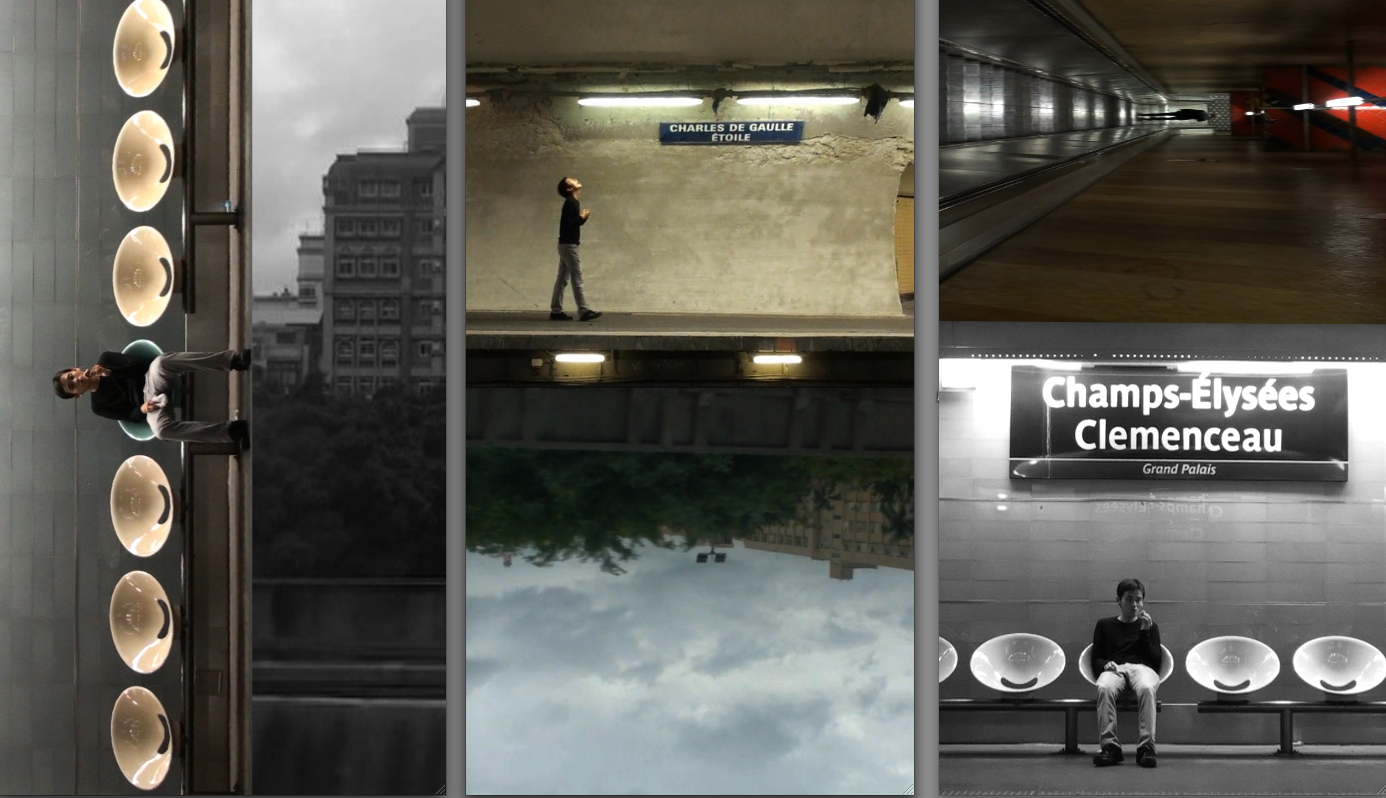 The works I made during my artist residency in Paris then developed into a multi-channel video art called “Lost in Underworld.” 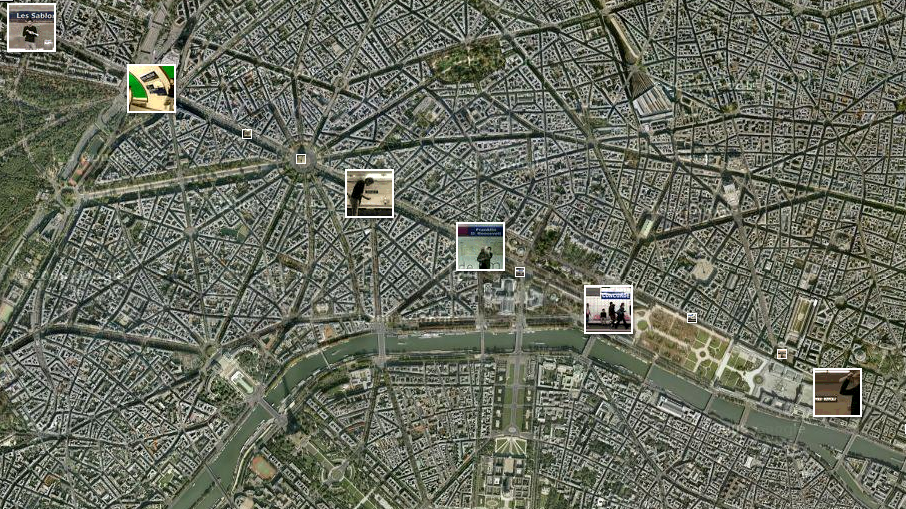 In “Lost in Underworld,” I tried to implant the existence of an outsider. A series of actions form a bond between the outsider and Paris.

Another reason that attracted me to France was the French writer Marguerite Duras. I was fascinated by her works. Under the influence of my college teacher, Professor Lin Ru-ping, I started to read tons of Duras and her lover, Yann Andréa’s books. When Prof. Lin visited me in France during the summer break, we went to the former residence of Duras and the beach, which she wrote a lot about in her books. Sometimes in my studio or around the Seine Prof Lin and I would use a simple camera for our creations, through these it felt that we communicated with Duras across time, space and even spirit. Later, I featured a montage of these images in “The Vanishing Film." This production was honoured to be shortlisted for the Taipei Film Festival. 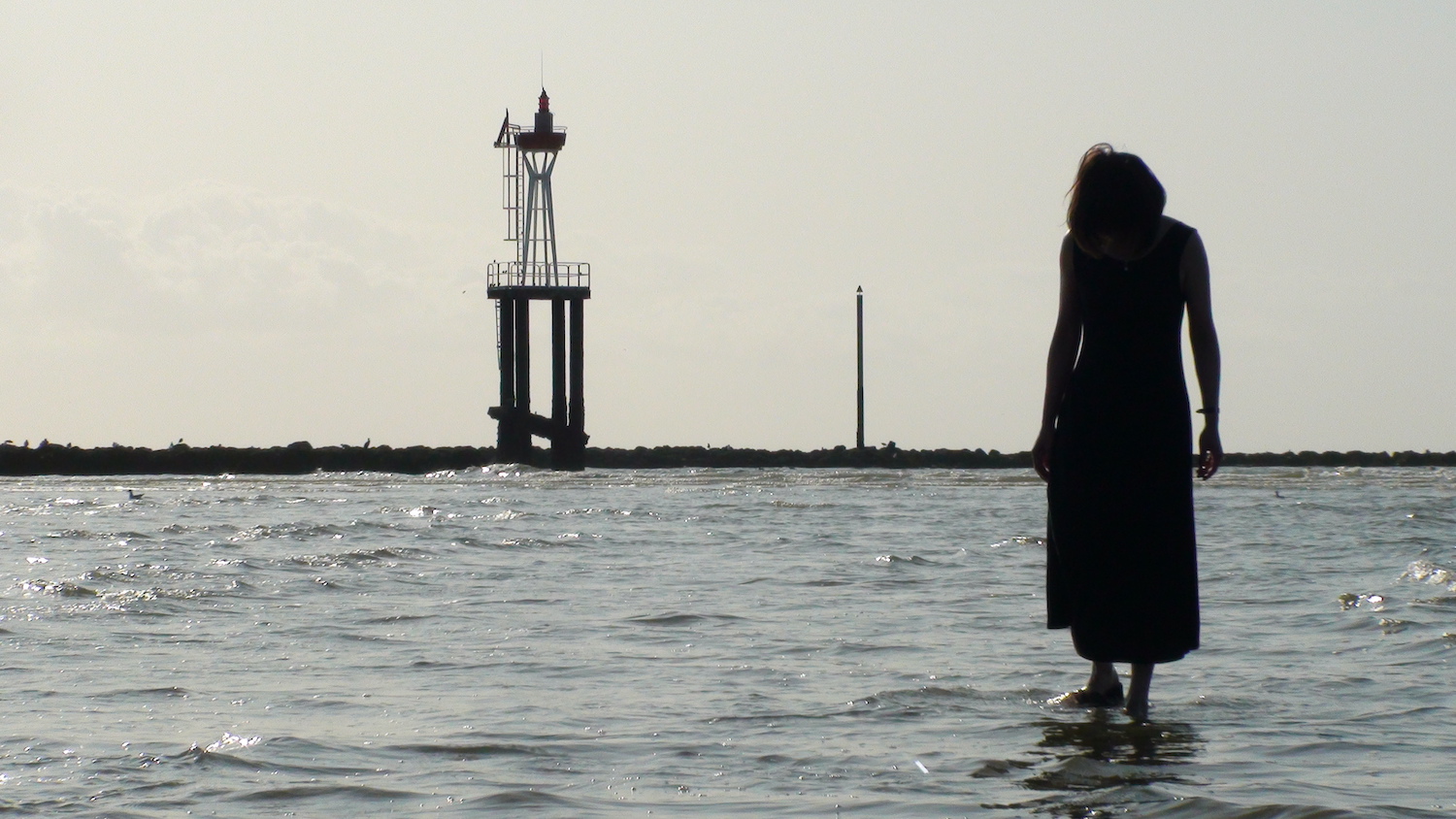 Professor Lin Ru-ping and I filmed “The Vanishing Film” together in France.

I didn’t have a clear plan or any preparation before doing the projects I have mentioned in this article (“Lost in Underworld” and “The Vanishing Film”). Trying to write by images and having a conversation with my days in Paris seem to be part of me. These images were snapshots of my French classes or the world of Duras in the Chinese context. These spontaneous creations were unsophisticated but very precious to me now. Shooting while searching has become my creative pattern. It turned out that works without preconceived plans or storyboards were much more interesting than the arranged ones. Some things simply couldn’t be planned. Although I still tended to make a detailed plan initially, crucially it was always open to countless possibilities and adaptations when I hit the road. For example, when shooting for “The Vanishing Film,” I didn’t set the light, the crowds, or the birds on the seashore. However, the sun became my lighting designer when I started filming. Everything within the frame echoed Duras’ text from afar. I merely hit record and returned to my computer to re-collage everything I got.

As the old saying goes, "Time flies.” After returning to Taiwan, I started a film production company and a theatre company. I spent lots of time making theatre productions, documentaries, and even VR (Virtual Reality) short films. In the early summer of 2022, Taiwan Creative Content Agency invited me to the "NewImages Festival,” which focused on XR (Extended Reality) creation in Paris. One night, several Taiwanese artists who were in Paris got together. Some of them stayed in France after their residency. They have performed continuously and joined different productions; some had just finished school, and some worked in Belgium or Germany and happened to come to Paris to perform.

I had the chance to visit Paris occasionally in the past few years and met the Taiwanese resident artists. They lived in the same studio that I used to stay. The interior remained the same, but the furniture had been rearranged. I felt a dislocation of time and space when I looked at it. I unconsciously kept looking for the correct angle of the objects and the walls I used to film, then I realized that I wasn’t looking for the things but for myself, a fearless and unrestrained me.

“How did the artist residency impact my later works and career?” The answer would be very different according to the phases of my life. But what I am sure is that I had precious time with myself. I was young, lacking in my own works, and inexperienced in socialising with unfamiliar people, curators, or organisers of art festivals. Hence there were no expectations and pressure from other people. Without the expectations and pressure, I spent a significant period of time with myself. It has enriched my life ever since. All my experiences during the art residency became seeds deeply rooted in my body and my mind. 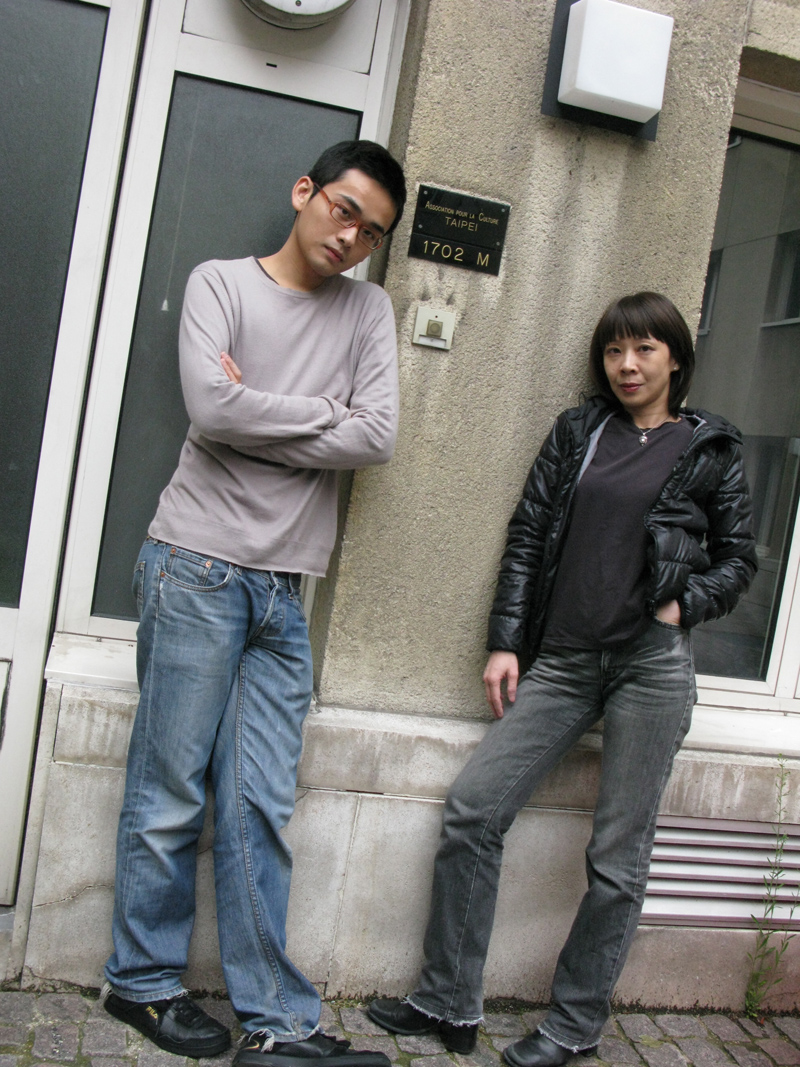 Photo with Professor Lin Ru-ping in front of my studio in Paris.